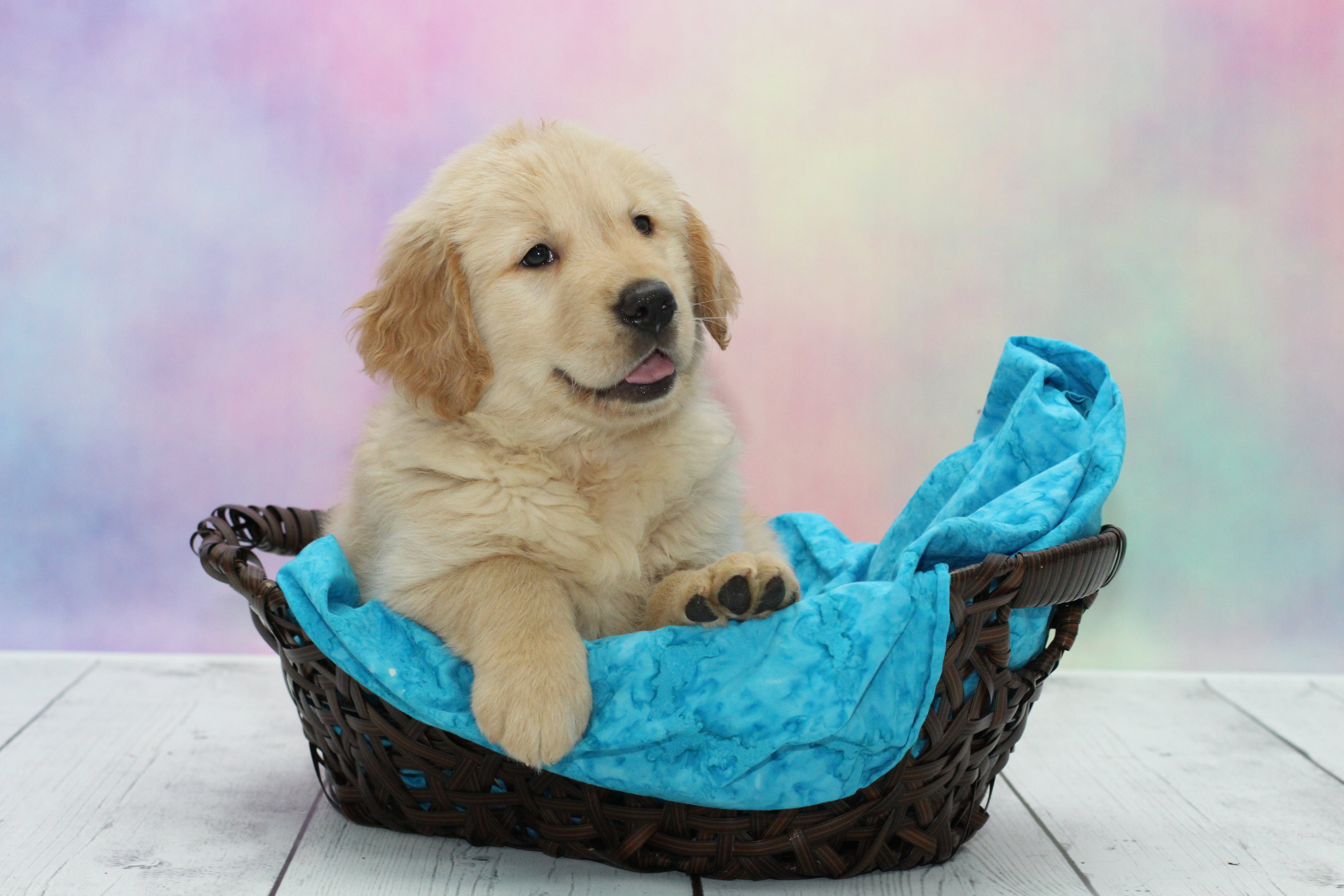 We hope you’ll enjoy this next installment of our breed series blog! It’s no mystery why the Golden Retriever is so popular. The well-mannered, fun-loving dogs are a hit with children and adults alike. The Golden Retriever is the 3rd favorite dog in America, only after the Labrador Retriever and The German Shepherd. Here at Petland, we always have Golden Retrievers for sale! Check out these facts to enhance your breed knowledge on man’s best friend! 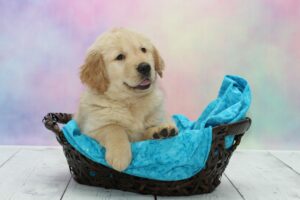 2. Do You Smell That? Golden Retrievers Can!

As evident by their apt names, Golden Retrievers were primarily intended to be a hunting dogs. They also possess a “soft mouth”, which allows them to retrieve delicate game without damaging it. Because of this selective breeding, the Golden has one of the best sniffers in the game. They are also employed as bomb sniffers and search and rescue dogs as much as hunting companions these days!

Golden Retrievers aren’t just for looks, no sir! This family-friendly breed also possesses an exceptionally keen mind as well. They are listed as the 4th smartest dog breed, trailing only Border Collies, Poodles and German Shepherds. Click above for our blog on the best puppy breeds for families!

The AKC has always touted the excellence of the Golden Retriever’s personality and physical prowess, but it actually took a while before they were officially recognized. While the breed was popular from the very beginning, around the late 1800s, it wasn’t until 1925 that they graced the AKC with their very furry presence.

5. What a Good Listener! The Golden Obedience Trifecta

The American Kennel Club introduced its official obedience trials in 1977, and its first three obedience champions were golden retrievers. The very first was a female named Moreland’s Golden Tonka, aka Tonka. During Tonka’s career, she earned eight perfect scores and 176 “High in Trial” awards.

6. And This is Where a Golden Retriever Really Shines!

Although the originators of this breed might not have had anything but an excellent hunting dog in mind, the Golden has shown that their fierce intelligence and loyal countenance has a much different application these days. Golden retrievers are the perfect assistant dogs for people with various disabilities. Assistance-dog organizations like Assistance Dog International, Canine Companions for Independence and Paws With a Cause all train golden retrievers, Labrador retrievers and Lab-golden crosses for the job almost exclusively.

We know more than most about the impressive skill Golden Retrievers have with helping people with disabilities. Petland Kennesaw has donated two Goldens as service dogs to families in need. We have also raised money for two charities devoted to training service dogs for assistance with disabled veterans. Because it’s such an intelligent and regal breed, we are proud to do this breed blog on the Golden! And because of the popularity on adding this breed into American households, we always find that our Golden Retriever puppies go fast!

So don’t miss out and check our available puppies page for our Golden Retrievers for sale today! Want to know more about the Golden Retriever, because we do? Check out our breed info page!