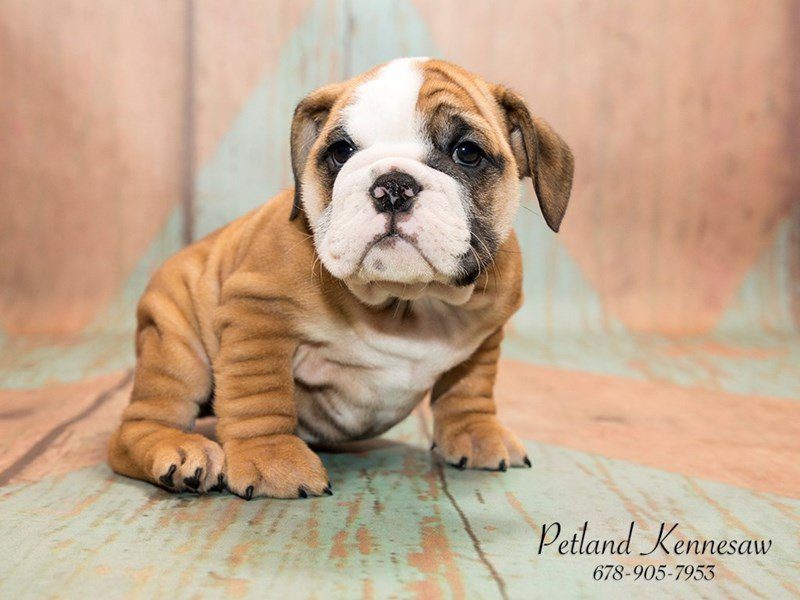 Home / Blog / Dogs / Petland Kennesaw Has All the Breeds of Bulldog Puppies for Sale!

Petland Kennesaw Has All the Breeds of Bulldog Puppies for Sale!

With the different breeds in the Bulldog category, it can be hard to know which Bulldog puppy for sale might be right for you!

But fear not! This is where our knowledgeable staff comes in here at Petland Kennesaw. Researching different bulldog breeds is all well and good, but trying to remember which size goes with which breed or how high the exercise requirements are through each stage of life can be mind-boggling! Another thing that can be difficult is trying to see all these puppies in person, so you know for sure which puppy will bring the most joy to your household. Which is why so many people opt for our local, family-owned and operated pet store! With our over 50 different breeds of puppies of all different sizes, you are bound to find what you’re looking for. Want to see the Bulldog puppies for sale we have in our store right now, just click here!

Still deciding on whether or not a Bulldog puppy is for you? No problem! Read more below about the most popular Bulldog puppies for sale. 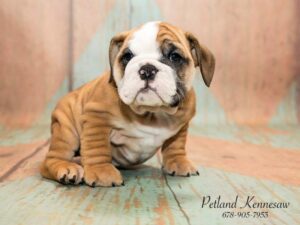 Let’s start with the most recognizable Smoosh-face Bulldog

The English Bulldog is very iconic, especially here in the South. Although they originated in, you guessed it, England, they have become a beloved family member of many American families. They are also the most popular school mascot in history, that’s a lot of love! They typically weigh in at around 55-85lbs and their short, stocky appearance is almost as famous as their signature wrinkles! But what many people don’t know is that they are very active for the first several years of life, if not the entire lifespan. So if you’re looking for lazy, you might want to look elsewhere. They also cannot be subjected to even moderate heat and cold, so if you’re looking for a hiking buddy, you’ll have to sit this one out.

They do have many great qualities though, easy to train, great with children and other pets and are always up for some love and attention from their beloved owners! With their ease of grooming and affable nature, we can definitely understand why they continue to be so very popular.

And last, but certainly not least…the Frenchie! 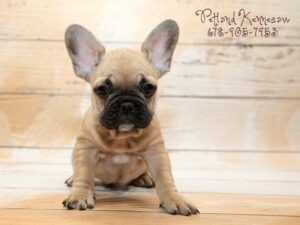 Ahhh, the French Bulldog! Beloved pet of Hollywood stars like Hugh Jackman and Lady Gaga, this is one of the hottest breeds of puppy in the country right now. People can’t get enough of their signature bat ears or their famous clown-like nature. The Frenchie is similar to the English in that they have short, stout bodies, but the French Bulldog usually tops out between 18-28lbs making them considerably smaller. While the Frenchie might be rambunctious as a pup, during adulthood they are notoriously lazy.

Frenchies also like to be “king or queen” of the household, so if you know you eventually want multiples, it’s best to get them together. It’s said that the French bulldog has personality, attitude and pizzazz are wrapped up into one small, snorty body and we believe it! Our French bulldog puppies for sale are some of the cutest around!