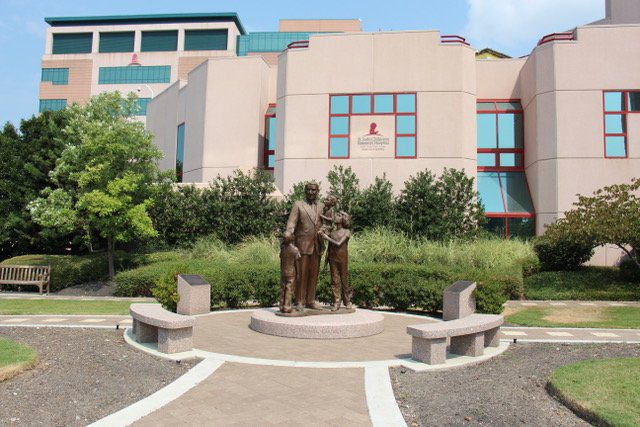 (Kennesaw, Ohio: February 28, 2017) – The numbers are in! Petland stores nationwide raised more than $130,000 during the 2016 St. Jude Halloween Pin-Up Promotion benefiting St. Jude’s Children’s Research Hospital®, which is leading the way the world understands, treats and defeats childhood cancer and other life-threatening diseases.

“This year, our franchisees set a goal to reach $100,000 in donations,” said Petland’s Director of Public Affairs Elizabeth Kunzelman. “We have an amazing group of franchisees with very big hearts, who truly understand the difference even one dollar can make. Many of them made personal donations.”

Several franchisees and store operators have visited the hospital and the St. Jude Target House, one of the three housing facilities where families live during treatment. These franchisees have proven to be leaders in pushing everyone at Petland to raise more money, Kunzelman said.

Petland first partnered with St. Jude in 2009. The St. Jude Halloween Pin-Up Promotion, now in its 26th year, asks customers to donate $1 or more at the register during the month of October to support the hospital’s lifesaving mission of finding cures and saving children. In exchange for the donation, customers sign a St. Jude Halloween-themed pin-up which is displayed in the store. Petland also initiated a corporate campaign for thehome office, offering payroll deductions for donations.

Treatments invented at St. Jude Children’s Research Hospital has helped push the overall childhood cancer survival rate from 20 percent to more than 80 percent since the hospital opened more than 50 years ago. Because of fundraisers like the St. Jude Halloween Promotion, families never receive abill from St. Jude for treatment, travel, housing or food – because St. Jude believes all a family should worry about is helping their child live. 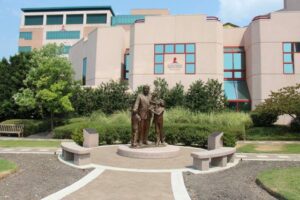 Petland, Inc. is a franchise operation with quality, full service retail pet centers across the United States, Canada, Japan, China, Mexico, South Africa, Brazil and El Salvador. For more than 47 years, Petland Pet Counselors have been dedicated to matching the right petwith the right person and meeting the needs of both. To its customers who already have pets, Petland is dedicated to enhancing their knowledge and enjoyment of the human-animal bond. Petland was founded in 1967 and is headquartered in south central Ohio. For more information on Petland, visit www.petland.com.

St. Jude Children’s Research Hospital is leading the way the world understands, treats and defeats childhood cancer and other life-threatening diseases. It is the only National Cancer Institute-designated Comprehensive Cancer Center devoted solely to children. Treatments invented at St. Jude have helped push the overall childhood cancer survival rate from 20 percent to 80 percent since the hospital opened more than 50 years ago. St.Jude is working to drive the overall survival rate for childhood cancer to 90 percent, and we won’t stop until no child dies from cancer. St. Jude freely shares the discoveries it makes, and every child saved at St. Jude means doctors and scientists worldwide can use that knowledge to save thousands more children. Families never receive a bill from St. Jude for treatment, travel, housing or food – because all a family should worry about is helping their child live. Join the St. Jude mission by visiting stjude.org, liking St. Jude on Facebook (facebook.com/stjude) and following us on Twitter (@stjude).